We are all guilty of judging a book by its cover, despite the common saying that tells us not to. As humans, sight is one of our most powerful senses – and so it’s natural that in this era of information overload, attractive visuals are what grab our attention. This applies to book covers too! More often than not, people’s eyes gravitate towards beautifully designed, appealing book covers, in fact now they are almost as important as the content itself! Thus, it’s vital that designers create intriguing and fascinating book covers, that can represent the themes and contexts within, as well as catch the eye of a potential reader. Here are some ways to do the same:

Understanding the content:
Book covers should be stylized, but a harmonious representation of the contents of the book. It may be an extensive task to completely study the inner contents of the book – however to ensure synchronous, complementary design that correctly represents the story, you must at least understand the summary of the substance. Try reading the synopsis online, check out its reviews, understand the subjects, plot points, characters, settings, and context that build the book. Comprehend as much as possible, to get multiple perspectives of the book and create an informed design.

Recognize key themes:
Once you’re well-versed and comfortable with the content, it’s time to dissect the substance. Analyse and recognize key themes, images, ideas, characters, settings, and so on that can be visualised as a book cover. Understand the hierarchies of importance, to depict the most crucial, emotional, or repeated themes. Often a single, particularly hard-hitting piece of content can be used to summarize the entire book and reach out to the readers.

Show but don’t tell:
An often recommended piece of wisdom, for all creators alike, that preaches that a creator should attempt to maintain a strategic distance from the work itself. Their representation of the book mustn’t reveal the work itself, instead it must drop hints and create intrigue about the contents through the visuals on the cover.

Use the power of symbolism:
Most book content is relatively straightforward, so designers end up taking the overused, age-old routes when it comes to designing covers. Excessively strict decisions, restricted designs, and boring choice of themes can lead to a dull cover. A designer may get tempted to use clichéd concepts like depicting the heroes, or opponents, in a typical scene taken from the book itself. A clever way to avoid this is to explore larger themes and thoughts through smaller aspects of the book itself – creating a more abstract and metaphorical design.

Explore contrast – Stand out from the rest
Genres are largely influential when it comes to book cover designs – it’s a direct beacon to the reader’s eyes when they’re skimming through the shelves in the book store. It differentiates books from each other and gives you the instant idea of the mood of the contents. However, books within the same genre also end up following the same age-old aesthetics and there is nothing unique about them anymore. Think about it, an overwhelming majority of thriller novels utilise the standardised dramatic colour palettes, bold typography, and powerful symbols. To truly stand out even within your genre and avoid resemblance, contrast is the way to go. Explore unlikely design elements, atypical representation ideas, etc. to break apart from the mold. 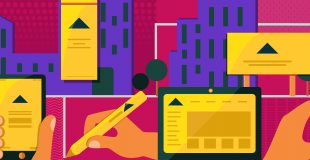 Branding or Re-branding both can be termed as a double-edged sword. In one way, it can be the most exciting job on earth to create the best look and...read more → 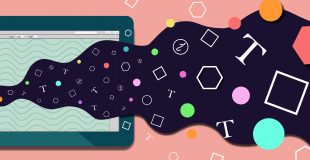 Colours, textures, lines, dots, shapes, patterns – just look around you, visuals are everywhere! Images and visuals are the essence of the world we live in, they surround us...read more → 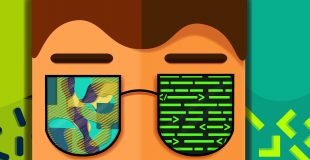 Do Designers Need to Learn Coding?

Should designers know how to code? This question has left many puzzled over the years and is the source behind much debate. In this ever-changing aggressive industry environment, where...read more → 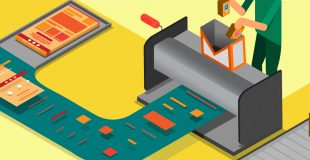 Tips for Designing an Email Newsletter

Waking up every morning to a flood of emails in your inbox is a common, well-known scenario now. Some spam, some junk, and a rare few that truly manage...read more →